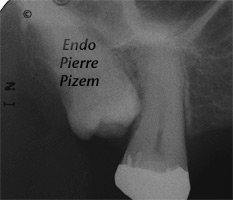 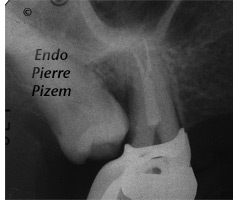 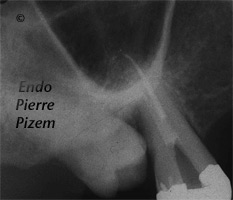 A Vertucci type V pulp space configuration can be described as follow: One canal leaves the pulp chamber and divides short of the apex into two separate distinct canals with distinct foramina (1-2). According to Vertucci’s study in 1984 on a 100 mandibular molars sample, the type V configuration in distal root, occured only in 8% of the teeth examined. In the apical third of distal root, each part of the split as been individually cleaned, shaped and filled with gutta Percha and Pulp Canal Sealer.