You are here: Home / About Dr. Pierre Pizem 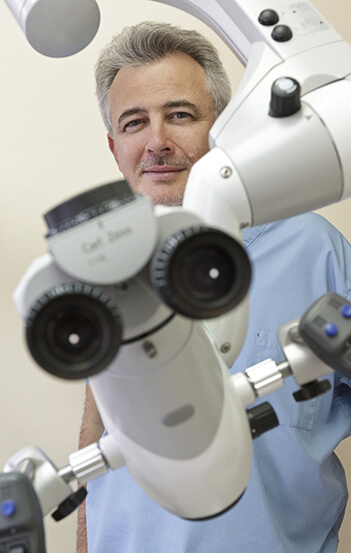 Dr. Pierre Pizem, a general practicioner, earned his Doctorate in Dental Surgery at the University of Montreal in 1991. He opened his private dental clinic in 1992 and undertook a career in community dental health at the Montreal Department of Public Health (Direction de la Santé Publique de Montréal-Centre), an agency attached to the Ministry of Health. He was a member of the Council of Physicians, Dentists and Pharmacists at the Montreal General Hospital until 2003.

Adding to his previous studies and experience, he earned a Masters Degree in Public Dental Health from the University of Montreal in 1999, for which he gained recognition as a specialist in this field by the Quebec Order of Dentists (l’Ordre des Dentistes du Québec).

From the time of his doctoral studies, Dr. Pizem had a special interest in endodontics, the branch of dentistry specialized in studying and treating the dental pulp, the inside of a tooth’s root canal. Over the subsequent 25 years, he diligently developed this interest into a solid experience in this field, gaining a proficiency that has enabled him to successfully perform highly complex root canal procedures.

He introduced the first Root ZX Apex Locator in Canada back in in 1992. 20 years later, this device became the gold standard in the endodontics world.

He also has been using bioceramic (Mineral Trioxy Aggregate) since year 2000 to repair accidentally perforated teeth instead of extracting them.

He introduced the first High End OPMI PROergo Endodontic Microscope in Quebec 15 years ago. Back then there was only two of those in whole Canada. Using this piece of technology, he quickly realized that many teeth considered hopeless could in fact be preserved, thus challenging previously widely accepted criterias on endodontic prognosis.

His passion for this specialty did motivate him to create this blog in 2004 in order to share the power of innovation in Endodontics.