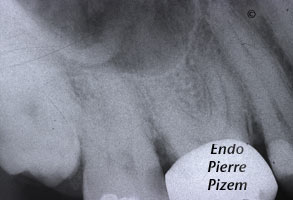 Cases with high level of difficulty:

« I understand how stressful going to the dentist could be for you, the patient. So let me reassure you. I’ve built my entire reputation on my professionalism and the passion I pour into my craft. I will not compromise on equipment quality, nor on the effort necessary to restore your teeth. In the end, my greatest satisfaction is to see you fully recover your dental health, so you may grab big bites at life again. »